Shopping Cart
Your Cart is Empty
Quantity:
Subtotal
Taxes
Shipping
Total
There was an error with PayPalClick here to try again

Thank you for your business!You should be receiving an order confirmation from Paypal shortly.Exit Shopping Cart

- Modern application of all traditional training for combative scenarios

has been training in martial arts for over 35 years. He is a fully certified Jeet Kune Do Concepts/Jun Fun Gung-fu and Kali instructor under Guru/Sifu Tom Barell and is the private student and provisional Tactical Praying Mantis instructor of 7 Star Praying Mantis master, Sifu Raul Ortiz, focusing on San Da and TMT's pure combat version of the traditional system. Doug is a black belt in Judo under the legendary Bob Miller and under American Top Team of NY as the founder of ATTNY’s Mixed Martial Arts Judo program, teaching a hybrid version of Koshen and Kodokan Judo mixed with Catch-As-Catch-Can Wrestling. He has studied several styles of Chinese Boxing (Shaolin, Hakka, and Taoist) for over 25 years, learning the old fashioned way - in garages, basements, and backyards. He has also recently begun private training with Sifu Rey Rizzi of Inner Circle Martial Arts concentrating on blending various arts together. Doug has appeared in Inside Kung-fu Magazine, Boxoffice Magazine, is a certified Refuse To Be A Victim® National Rifle Association of America instructor, and regularly instructs military personnel, police, and air marshals in knife fighting/knife defense and pistol drawing/disarming. He continues to teach private and group instruction in empty hand combat, traditional martial arts, mixed martial arts sport fighting, submission grappling, women’s defense, and both modern and improvised weapon(s) and weapon(s) defense. Doug has been a Muay Thai and no-gi Judo instructor for Miletich Fighting Systems: New York, a Judo and Catch Wrestling instructor for the Ortiz Chinese Boxing Academy, and a Judo, Catch Wrestling, Thai boxing and San Da coach as well as street combatives instructor for American Top Team of New York and Krav Defense of Bethpage. In 2005, he was asked by the Port Washington Youth Council to implement his reality and traditional martial arts programs at the Landmark Community Center as a means of providing high school students and community members with fitness, self-defense and awareness concepts. In addition to being a lifelong martial artist, Doug is a history teacher and has instructed faculty members in self-defense and violence prevention for professional staff development. As of 2013, Doug began training with professional wrestlers and performing as the "Human Weapon" as part of his high school's charity based wrestling organization, T.W.F. (Teacher Wrestling Federation).

has been studying martial arts for 42 years, teaching for decades, and his overall knowledge of martial arts application, history, and theory is unmatched. Paul is also a bar certified lawyer and brings a wealth of knowledge in regards to self-defense laws.

is the head instructor of the Island Judo and Aikido Club. He is a black belt in both Kodokan Judo and Yoshinkan Aikido and has several years of experience in Muay Thai.

Tom Barell is a second generation Jeet Kune Do and Kali Instructor certified under Guru Dan Inosanto and Guru Richard Bustillo. He began his training in Jeet Kune Do & Kali in early 1983 at the original Filipino Kali Academy in Torrance California. He returned to NY in late 1985 with over 500 hours of Instruction and close to 3 years of intensive training with Inosanto, Bustillo, and Paul Vunak. Having lived in California, Barell was able to intensify his training with 2 private lessons a week with Vunak and over half a dozen weekly classes at the Filipino Kali Academy and later the original IMB Academy. While in California, Barell also participated in numerous in house seminars with notable JKD affiliates such as Larry Hartsell and Gene Lebelle. Prior to returning to NY in 1985, Barell was assisting Guru Richard Bustillo with his classes at the IMB Academy as well as teaching a handful of private instruction as well. After a short stay in NY, Barell returned to California in early 1988 where he received his instructorship under Guru's Inosanto & Bustillo and remained in California till mid 1993, honing and perfecting his skills both as a practitioner and instructor of Jeet Kune Do and Kali. Barell began writing for BLACK BELT and INSIDE KUNG FU magazines with his first article "The 4 A's of Combat" in 1988. The article appeared in the MAY edition of BLACK BELT magazine and was also accepted to be published in INSIDE KUNG FU magazine, but the rights were already sold to Rainbow Publications. Since then, Barell has authored over a dozen articles and continues to write for leading Martial Arts and Fitness publications. In 1999 Barell contacted Guru Richard Bustillo and asked him to conduct a Police Defensive Tactics Seminar on Long Island to perpetuate the benefits of JKD and Kali in law enforcement. Since then, Barell has continued to adapt Jeet Kune Do and Kali to suit the needs of law enforcement agencies. Shortly afterwards in the early 2000, Barell became a certified Fitness Instructor with the A.A.P.T.E an organization affiliated with Hofstra University, after the deaths of his father and brother from heart disease. He continued to pursue his interest in fitness Instruction, and in 2001 Barell became a certified personal trainer with The American Council on Exercise (ACE) and in 2002 he obtained his certification with the National Strength and Conditioning Association (NSCA). With over 30 years of experience in the martial arts and 15 years as a fitness professional, Barell is once again offering his knowledge to serious and motivated individuals. Among some of his notable and talented students are Ray Longo from Garden City an extraordinary practitioner and instructor of numerous martial arts, Mike Ryan from Franklin Square, a talented professional kick boxer, Russell Ireland from Brookville, a talented motivated person who sought Barell out in California and moved there to train with him, and numerous state and federal law enforcement agents who depend on the skills they've learned every day of their lives. 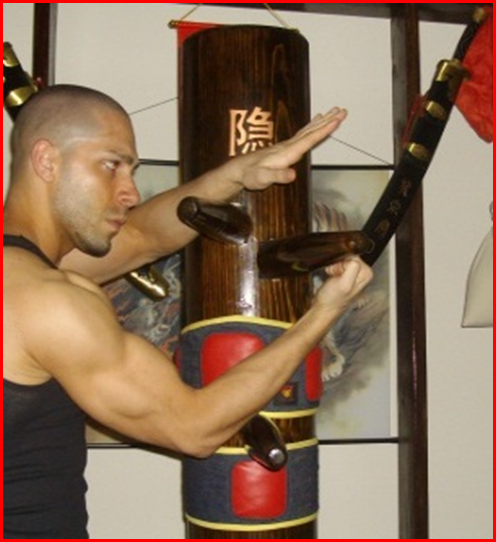 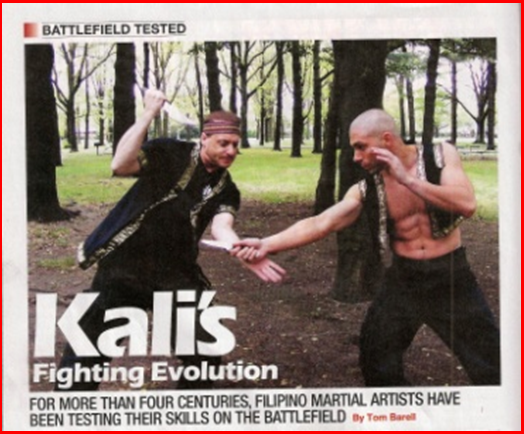 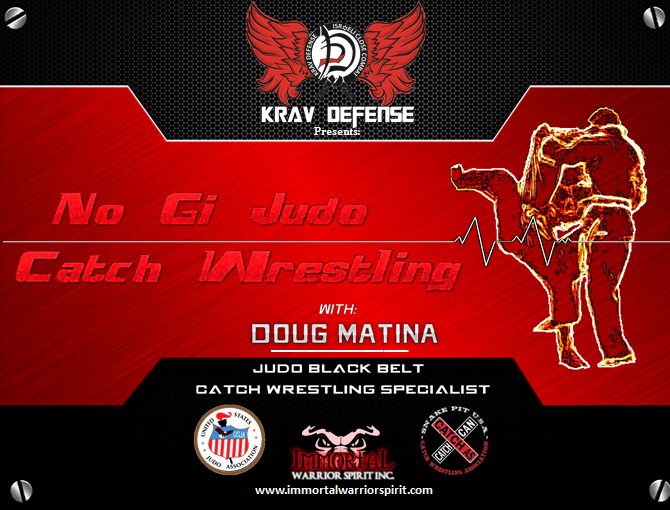 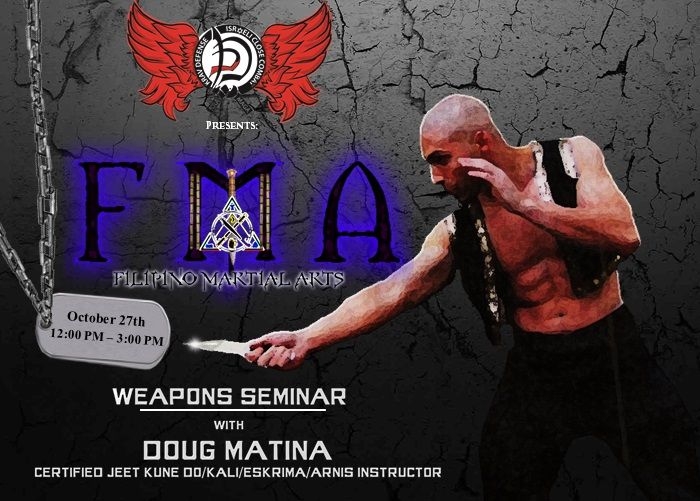 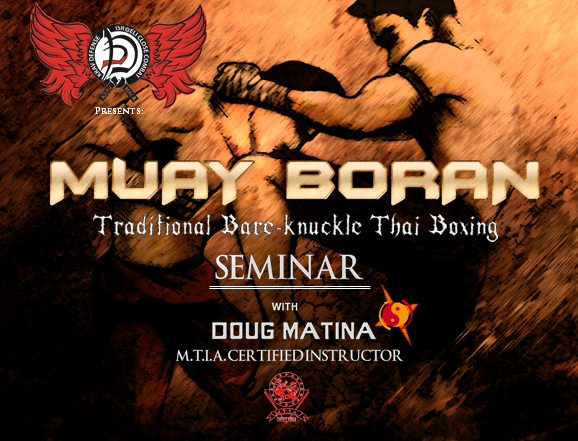 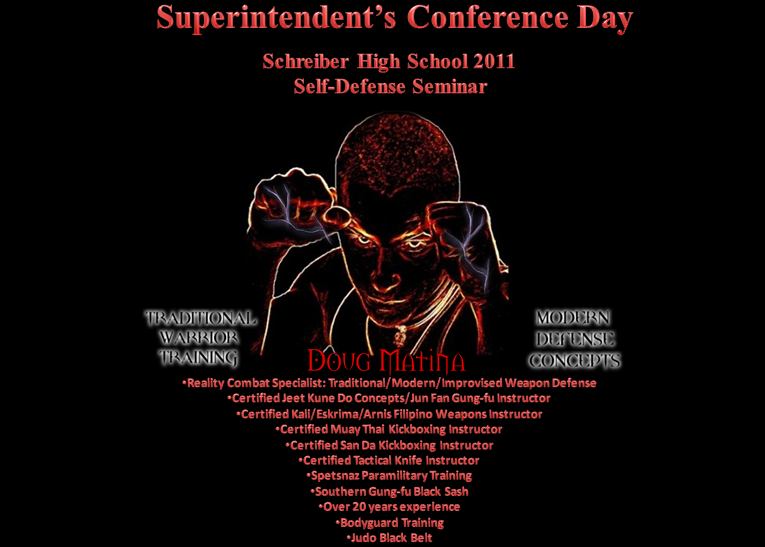 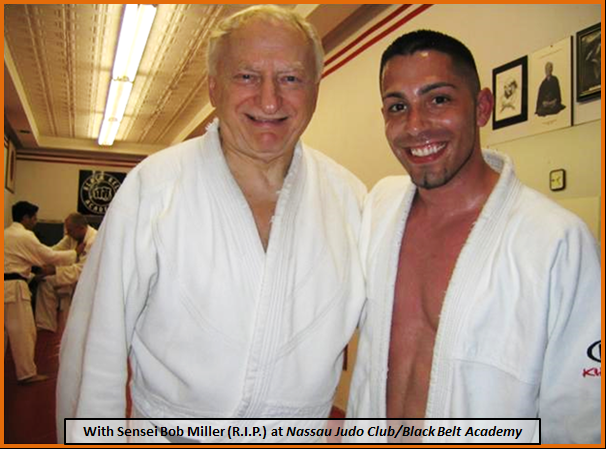 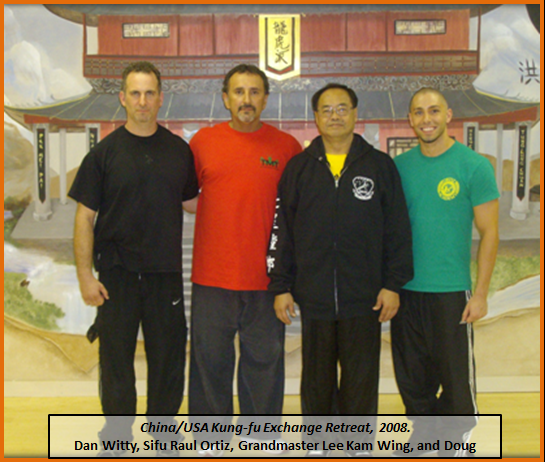 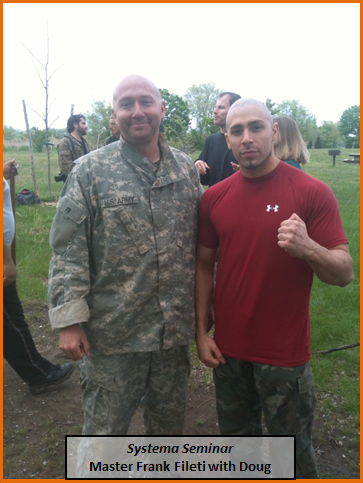 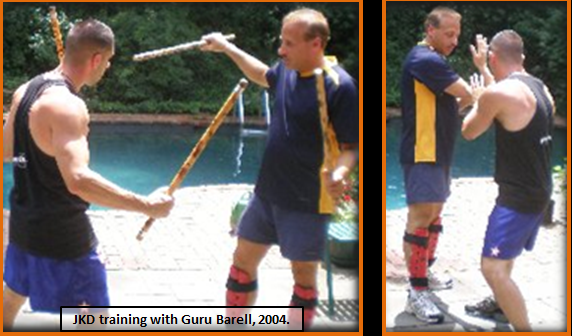 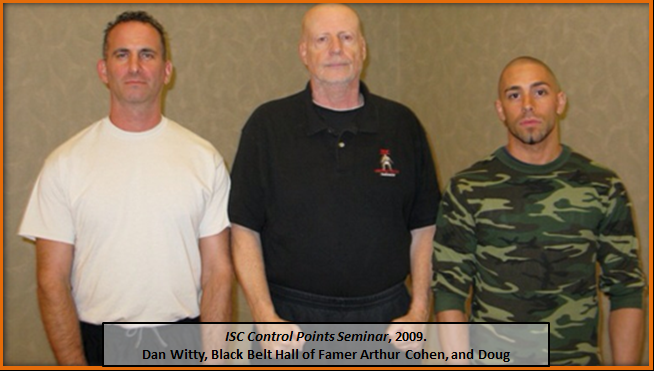 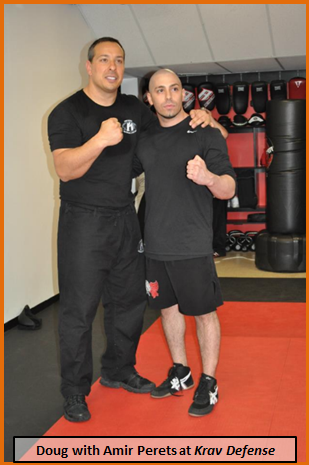 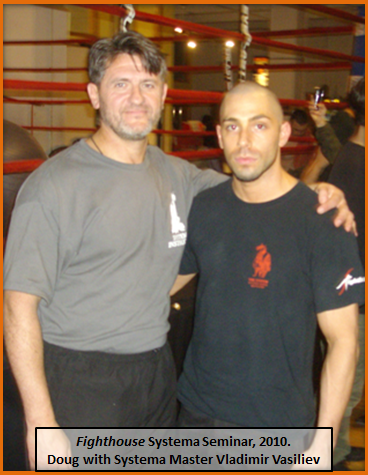 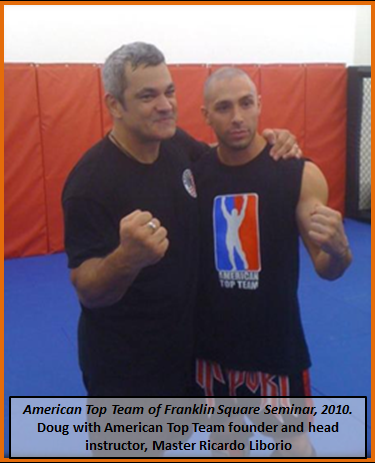 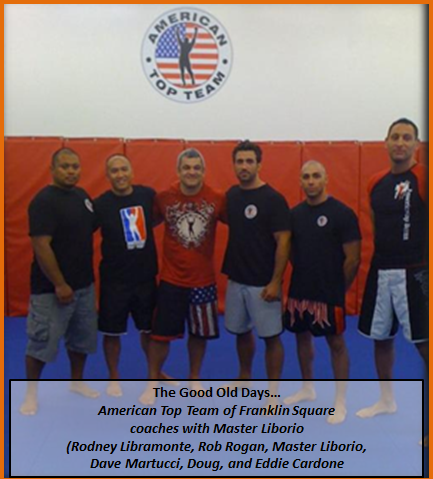 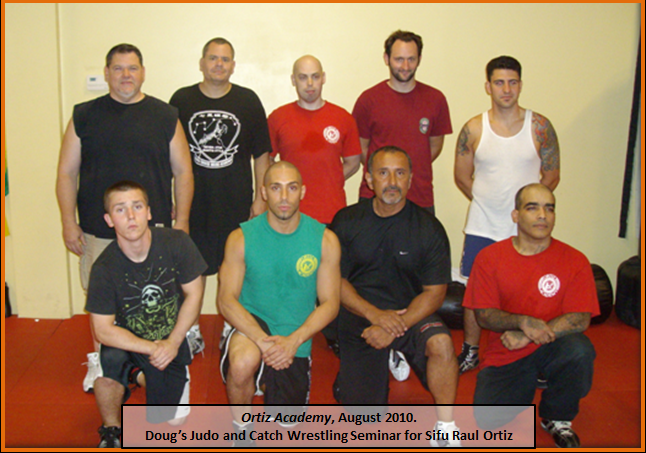 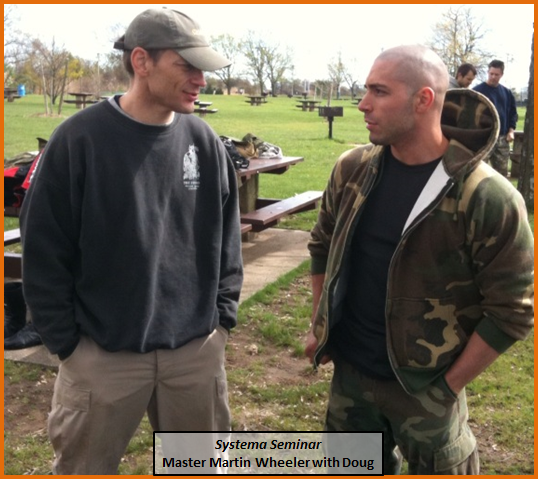 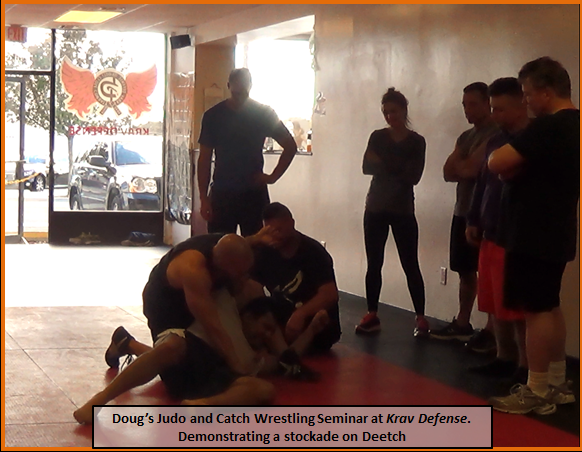 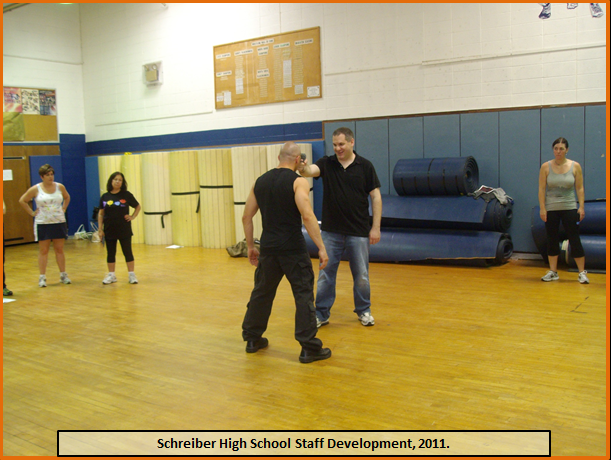 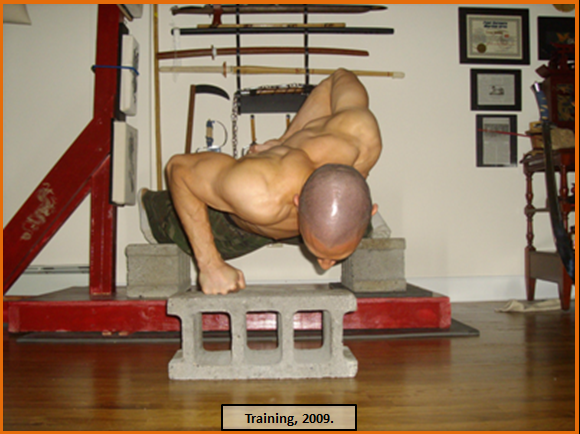 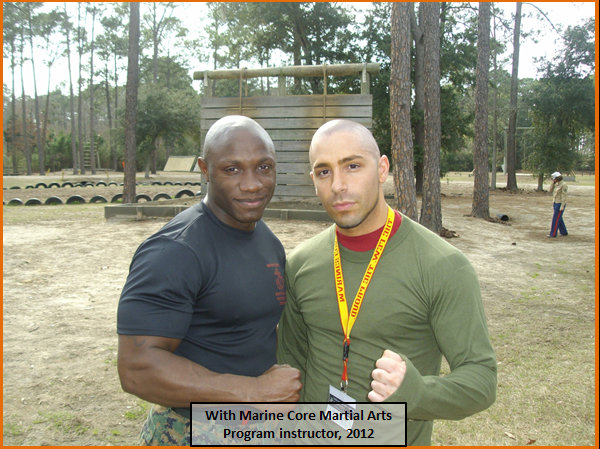 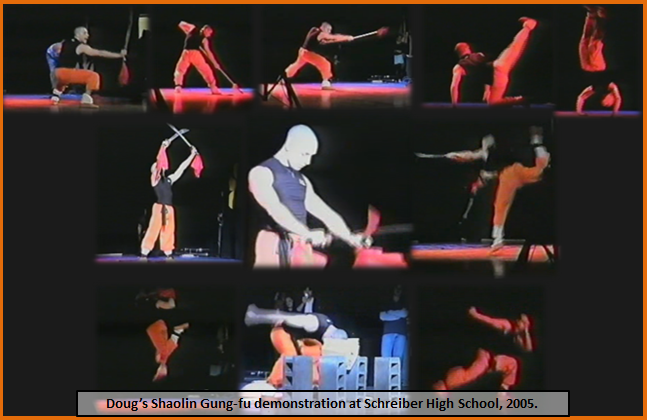 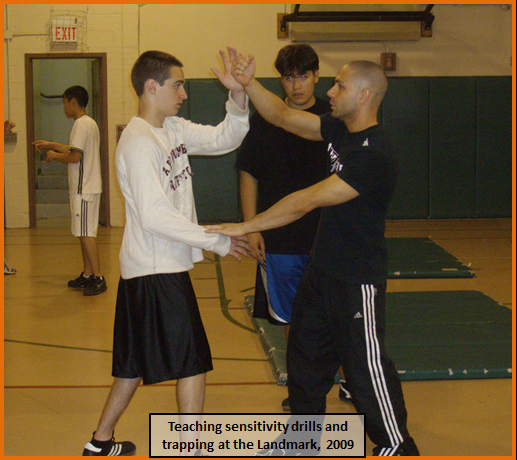 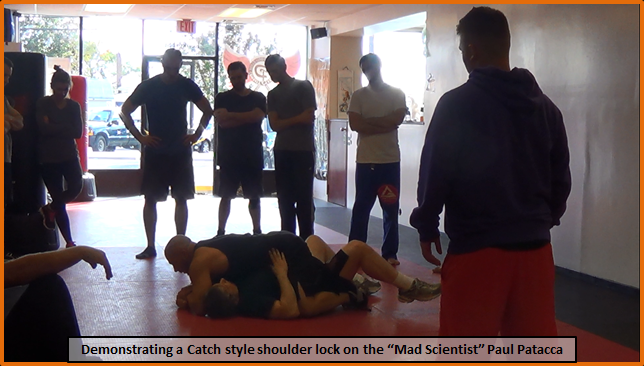 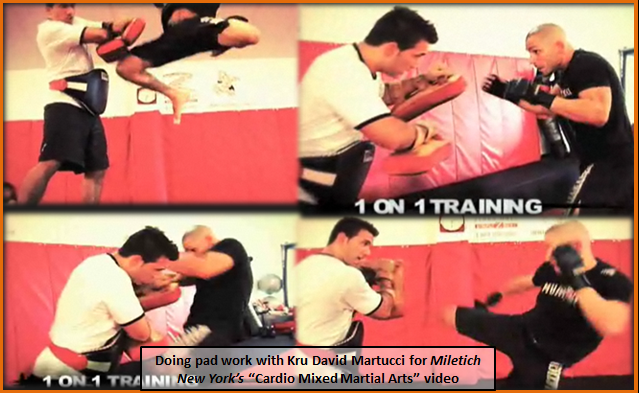 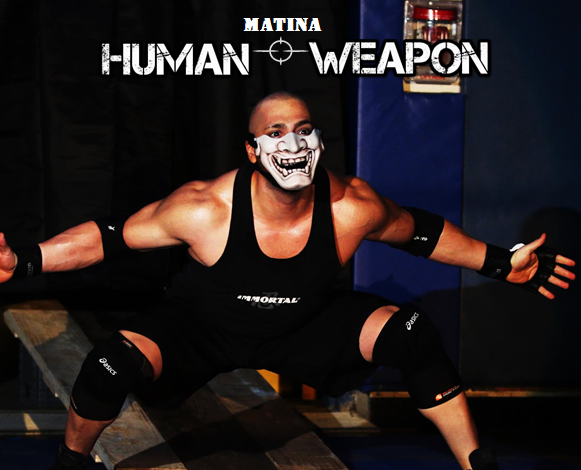 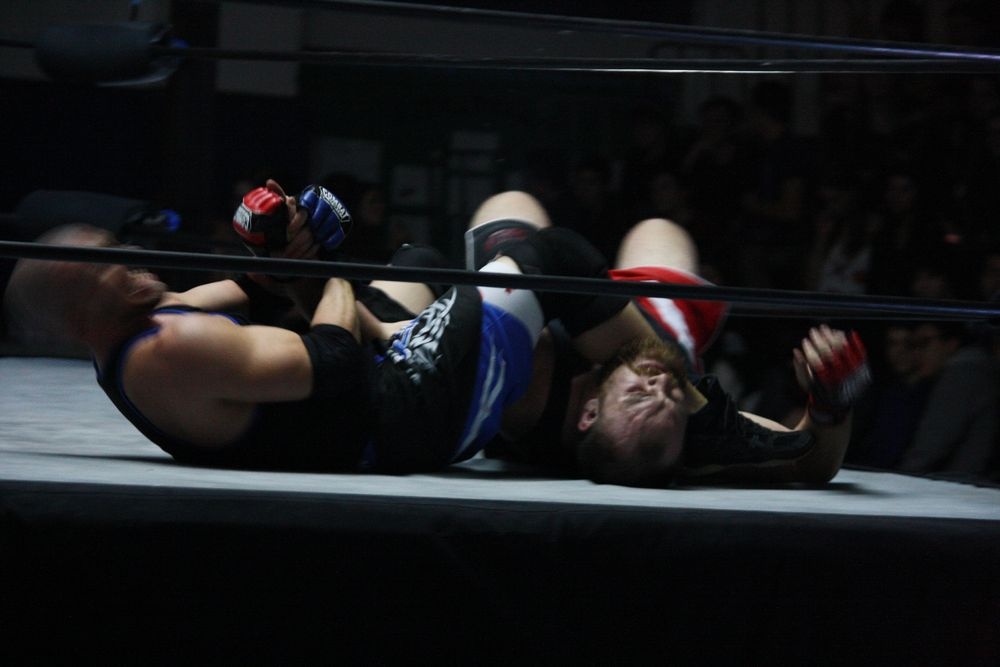 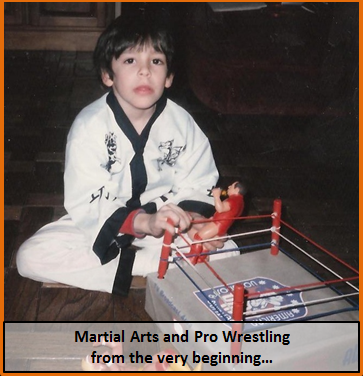